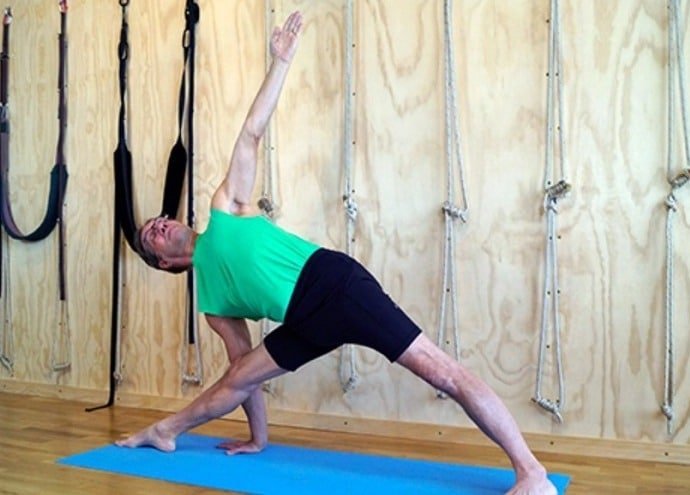 Let’s head back in time for a moment, back to the mid-1960s, around the time of The Beatles’ famed trip to India where they studied and immersed themselves into Transcendental Meditation after which became to be known as one of their most productive periods of songwriting and also shifted Western attitudes toward spirituality. Minneapolis-based yoga teacher, William Prottengeier says that being a baby boomer he was “influenced by the zeitgeist of [this era]” and the likes of The Beatles, Ram Dass, Alan Watts, and Carlos Castaneda were all indirect influences in his path to yoga and meditation. However, it was actually Professor David White’s semester on The Bhagavad Gita (a Hindu scripture) at Macalester College that would eventually propel William deeper into the study of Yoga.

Even still, William didn’t plan to teach yoga until one of his yoga teachers said he should. He was reluctant but decided to try anyway. To William’s surprise, and gratefully for all of his students, he found that he enjoyed teaching. In 1979, William established one of Minneapolis’ first yoga studios, the Minneapolis Yoga Workshop and went on to study with BKS Iyengar in India three times to become a certified Iyengar yoga teacher. William has also trained in the traditions of Raja Yoga, Mindfulness (Vipassana) and Vajrayana meditation, teachings that he weaves into his classes. Today, you’ll find William teaching Iyengar Yoga at various studios in the Twin Cities as well as a Yoga Philosophy Seminar that introduces the classical texts and historical roots of Yoga.

William’s mission is to support others in cultivating conscious and compassionate lives, but how does he achieve this through teaching yoga? He explains that when he teaches he is “making sure the body and breath practice of yoga asana (postures) is practiced from the context and perspective of the Dharma. [In other words], that the practice is meant to unfold our core being and manifest as compassion toward all beings.” Through this philosophy and approach, William hopes to offer greater joy, health, and happiness in the world by sharing skills and tools that will help others open their hearts, discover self-care, and improve well-being.

If you’re in the Twin Cities, we highly recommend finding a class with William who is well-known for his depth of knowledge that he delivers with humor, compassion, and clarity. His offerings and current schedule can be found on his OfferingTree page. Are you a yoga or meditation teacher looking for an easy way to build a website, publish your schedule, and share your passion with the world? We built OfferingTree with you in mind! Visit offeringtree.com to see how we can help you grow your practice while sharing the benefits of yoga and meditation with your community.